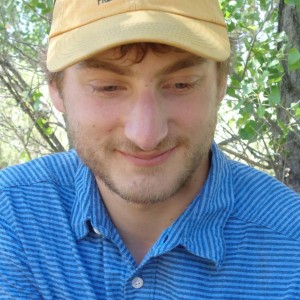 In Watson Woods Riparian Preserve, Granite Creek and wetlands like the one pictured above filled with groundwater after months of drought.

After decent monsoon rains, this past fall and early winter brought essentially no measurable precipitation until January 9th, 2018. To those who pay close attention to seasonal shifts and the ecological response to weather, this period of extended drought was deeply concerning. At the same time, the dry period revealed an unexpected phenomenon in Prescott’s creeks. After monsoon moisture ended and the plants drank their fill of soil moisture, Granite Creek and its tributaries dried up everywhere except the odd lingering pool. This is typical behavior for our intermittent streams. However, as November and December continued to bring persistent sun and blue skies, Prescott Creeks started receiving calls and emails asking why water had begun appearing in the creeks. In Watson Woods Riparian Preserve, we observed the same thing occurring in Granite Creek and in some of the low-lying wetlands throughout the Preserve. From bone-dry streambed to damp sand, pools, and eventually a trickle of flow, Granite Creek slowly rose mysteriously.

The appearance of water is not magical, but is explainable through well-documented natural phenomena. Consider the habitat that pops up along waterways in the Southwest: 80-foot tall cottonwood trees tower over dense rows of willow shrubs that grow parallel to the stream channel. Scattered among these gallery forests are the occasional Arizona ash, walnut, and maple, among other trees. These plants are deciduous, dropping their leaves to sleep through winter. They also use a lot of water, especially compared to the evergreen pines, oaks, and cacti that dominate the uplands, where water is harder to come by. It’s worth noting that although cottonwoods, willows, and other riparian plants use more water than other species, they can in fact help retain water in the system through improving soil moisture capacity, reducing air temperature, and increasing humidity.  The process through which plants use water is called transpiration – the difference of water pressure between the sky (lower pressure) and leaves (higher pressure) cause water to evaporate from the leaves, creating suction within the plant. Water that evaporates from a plant’s leaves is replaced by water in its xylem, essentially a cluster of straws that connect leaf tissue to root tissue through the plant’s stem or trunk.

During the day in the warm part of the year, plants transpire more-or-less continuously, drawing moisture from the tiny spaces between individual soil particles. However, there is also a selection of plants capable of using shallow groundwater to run their physiologic processes; these are called phreatophytes and they include many of the trees and shrubs that make up riparian gallery forests. When soil moisture is low, a phreatophyte’s deep-reaching roots tap into the water table, where the spaces between soil particles are saturated. As long as these plants rely on shallow groundwater, they impose negative pressure on the water table, and it is slowly lowered. When the trees drop their leaves and go to sleep for winter, this pressure on the water table is eliminated and it rises. In riparian areas, where the water table is naturally high, the groundwater level can be so shallow that it rises above the surface, filling low-lying areas in the floodplain – notably streambeds and wetlands. This is especially noticeable in places like Watson Woods, where cottonwood and willow populations are strong. Their collective water use puts significant pressure on shallow groundwater stores, particularly during dry periods like this fall, and the release of this pressure can cause a dramatic rise in groundwater.

The impact on groundwater levels by plant dormancy occurs every year. Normally, the Southwest receives rain through the fall and winter, which can increase streamflow and mask the change in surface water levels due to the rising water table.