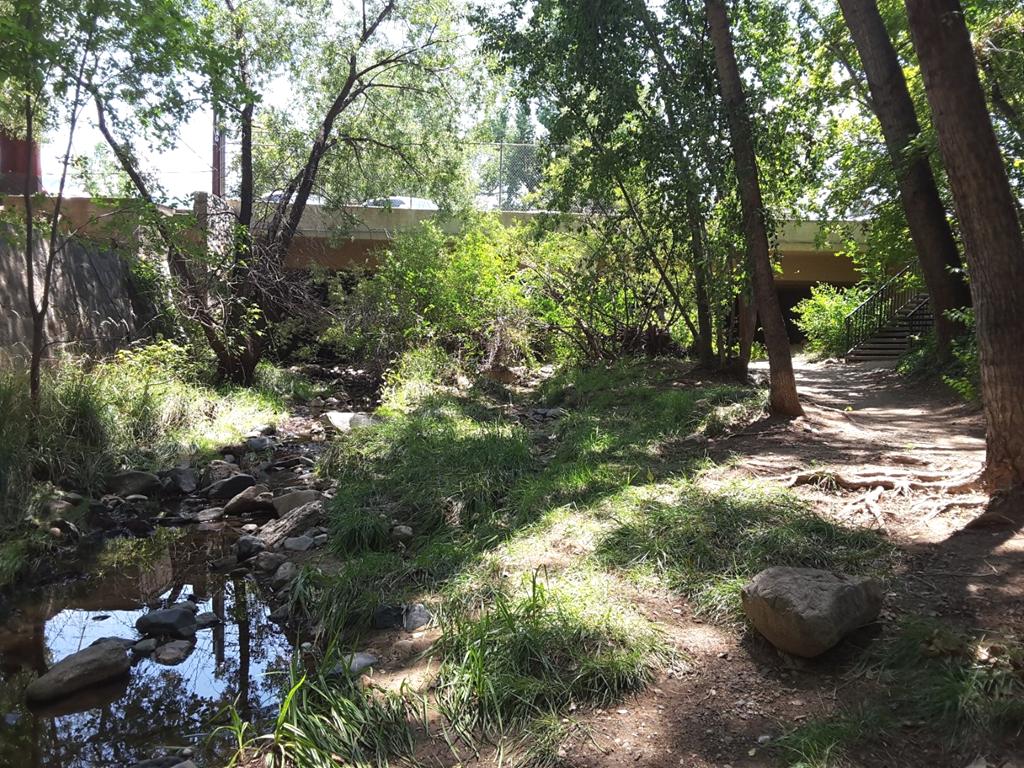 Many may not realize that Prescott Creeks was originally founded on a vision for Granite Creek in the downtown area of Prescott which has evolved into part of Prescott’s Greenways Trail System, a 1.5-mile network of trails that provides an alternative travel route and immersive nature-experience in the heart of Prescott.

Over time, the Granite Creek corridor through downtown Prescott has been impacted by urbanization, invasive species, and previous channel rerouting. Considered “dirty” and “unsafe” by some community members, the City of Prescott pulled together a group of representatives that included citizens, businesses owners, City staff and elected officials, and Prescott Creeks.

The group determined there is support for enhancing this highly valued urban greenspace while retaining its natural functions and aesthetics that are really the foundation of the area. At Prescott Creeks suggestion, Natural Channel Design, an engineering firm based in Flagstaff (and a key project partner for the Watson Woods Riparian Preserve restoration efforts from 2008-2013) was brought on board to help the group understand the existing conditions of Granite Creek. Ultimately, the group applied for and received funding from the Arizona Water Protection Fund to develop a master plan for enhancements to the area.

Prior to development of plans for improvements, the City held public meetings to understand stakeholder visions for the corridor, the physical and ecological potential, as well as specific improvements to be made, design constraints around private ownership, utility and transportation corridors, and permitting requirements.

The end result of a year and a half of planning is a master plan meant to provide a conceptual-level document that provides guidelines for future development that will protect stream functions, habitat quality, water quality, and other amenities highlighted by the public.

The plan highlights $1.7 million in improvements that should change perceptions of the area from dirty and unsafe to it being viewed as a local gem! See the selected plan elements below: