One of the reasons that we did our baseline survey in November 2008 was to get a sample of the bird species and numbers that lived year-round in the Preserve.  We wanted to know this because in early March 2009, heavy construction was expected to (and did) start on the ecological restoration project in the Preserve funded by major grants from the AZ Water Protection Fund and the AZ Department of Environmental Quality.  We thought it would be helpful to know if the construction had any major impact on the numbers or types of species in Watson Woods Preserve.  (The data suggests that it did not).  Additionally, Prescott Creeks, which was responsible for the oversight of the construction made sure all the heavy equipment work was done outside of the breeding season (late April to late May, except for owls and hawks which start nesting in March).

All the findings of the surveys that were conducted during the restoration project are discussed in some detail in the final report of the grant work.  That report was completed in 2013.  Additionally, all the surveys completed since 2011 are now found on a website from Cornell Lab of Ornithology called “eBird”.  Anyone can sign up for free (donations are accepted, of course) for an account, and then explore all the bird lists from almost every place on the planet!  For the Preserve, those lists are titled Watson Woods Riparian Preserve, Granite Creek North, Granite Creek Middle, and Granite Creek South. 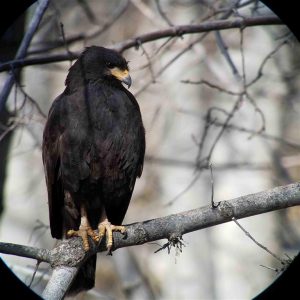 Another highlight is the significant reduction in European Starlings in the Preserve.  This species is a non-native and aggressive.  It nests in cavities as do numerous native species.  The Starlings have been known to “evict” native species from the cavities, destroy their eggs or young, and raise their own young.  While I cannot account for why European Starlings are significantly reduced, what we have noticed in spring is an increase of Lucy’s Warblers, a species which nests in cavities, and which has increased its numbers in Watson Woods Preserve.  It is also listed as a “species of concern” by the Arizona Game and Fish Department.  That means its overall numbers in Arizona are precarious.  This species is found only in Arizona and New Mexico in the United States. 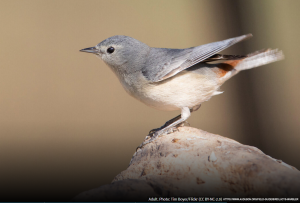 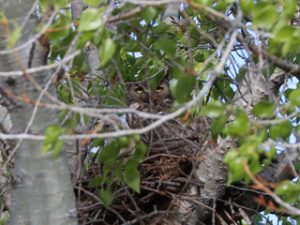